The Farm Internship Program at Urban Roots not only aims to transform the lives of youth through food and farming but it also aims to provide job and life skills through a paid internship.  Youth Interns learn to be responsible and that there are consequences to their actions such as showing up late for work.  We aim to provide a place for youth to grow and to gain valuable skills they can take with them into their next job and opportunities.

The Washington Post recently published the findings of a study done by University of Chicago Crime Lab and published in the journal Science.  The city of Chicago started a summer jobs program for teens a couple of years ago.  In addition to giving teens work, officials had hoped that having a summer job would also curb the incidences of crime committed by teens.  Students in the program had 43 percent fewer violent crime arrests over 16 months than students not in the program.

What is the significance of this statistic? “That number is striking for a couple of reasons: It implies that a relatively short (and inexpensive) intervention like an eight-week summer jobs program can have a lasting effect on teenage behavior.”

To read more, check out the full article here: http://www.washingtonpost.com/blogs/wonkblog/wp/2014/12/08/one-cheap-way-to-curb-crime-give-teens-a-summer-job/. 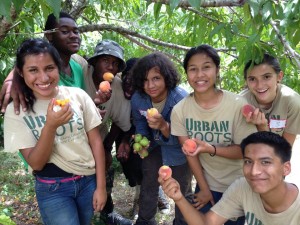